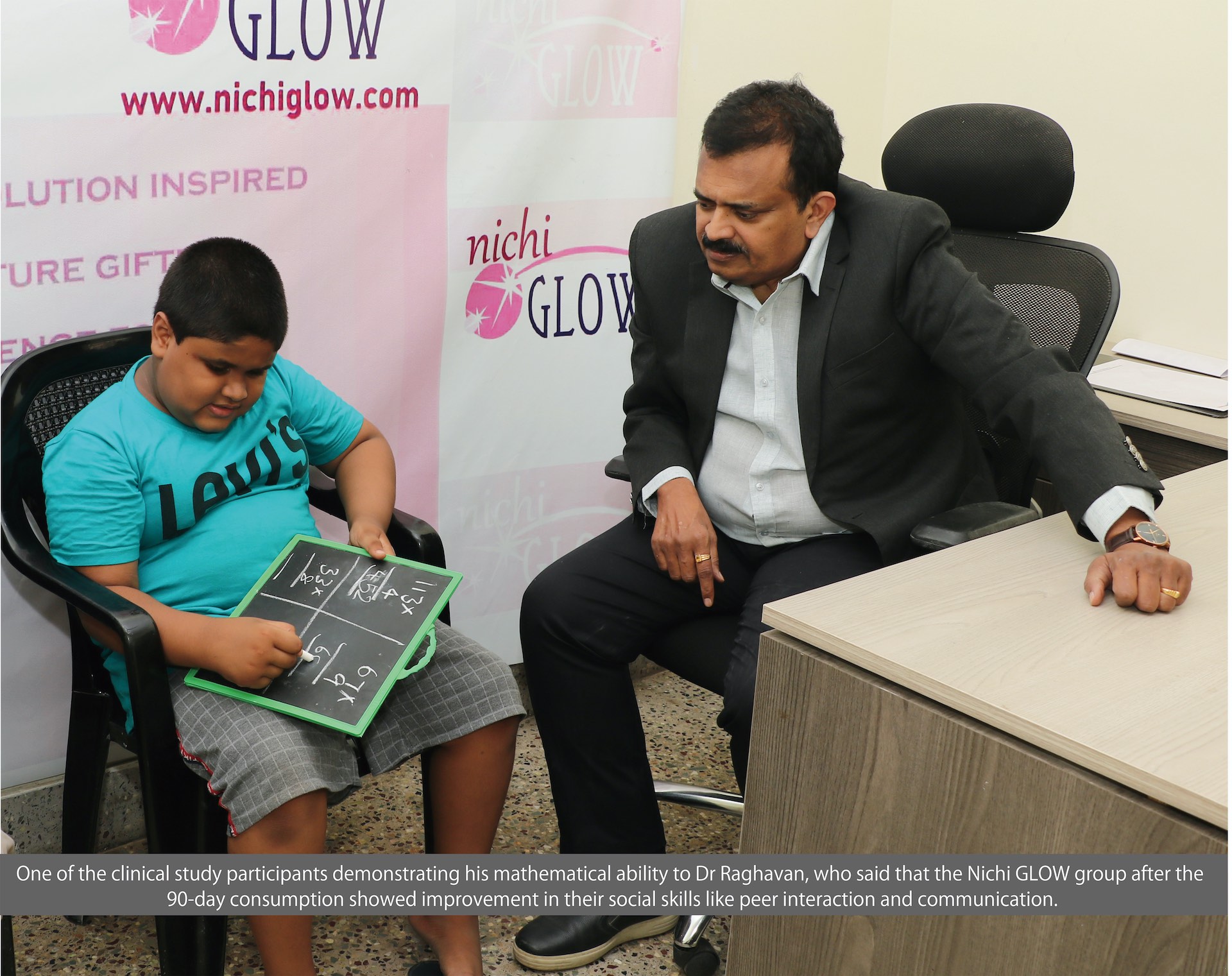 In the first of its kind report, in a study of 90-days, those who consumed AFO-202 strain of black yeast Aureobasidium Pullulans produced Beta 1,3 -1,6 glucan, had significant beneficial reconstitution of their gut microbiota than control group. Enterobacteria which produces harmful curli and amyloid proteins, causing misfolding of alpha-synuclein were controlled in the Nichi-GLOW group, is a breakthrough, said Dr Raghavan, developmental pediatrician, and neurologist, the first author. These harmful proteins aggregate in the neurons of the gut, propagate to brain through the gut-brain-axis like prions and could cause Parkinsons disease or Alzheimer’s later. This safe food supplement, addressing one of the root-causes by controlling enterobacteria is worth evaluating clinically as a prophylaxis to neurodegenerative diseases, he commented during an international webinar commemorating Autism Sunday.

Mr. Takashi Onaka, who established the GMP scale exo-polysaccharide production of Nichi Glucan range of products, using the pristine waters of Nyodogawa river, in Kochi, Japan, appreciated the scientific pursuit of Prof. Noboru Fujii of Miyazaki University who explored the poly-extremotolerant nature of the Black yeast, upon isolating and successfully culturing it, in his lab in 1980s. A fungi evaluated for water purification has now evolved as a prebiotic food, with health benefits, he added. Dr Muralidhar Hegde from Houston Methodist Research Institute, USA, Prof. Nobunao Ikewaki from Kyushu University of Health and Welfare, Japan, and Dr Muzafar Gani Abdul Wahab of MacMaster University, Canada, joined the panel discussion.

Nichi GLOW an approved food additive in Japan since 1996, doesn’t have any commonly known allergens. With a 25 years safety track record, though is not a drug or remedy to any illness, may serve as an adjunct in managing neurodevelopmental and neurodegenerative diseases after validation in different populations, according to the scientists. Clinical studies employing different strains of the product in unmet neurological diseases are underway.

Nearly half of cancer deaths are caused by preventable factors

60,000 Coronavirus deaths confirmed by China as WHO investigates

WHO and ECDC predict another COVID wave in Europe